Social Media is All About Visuals 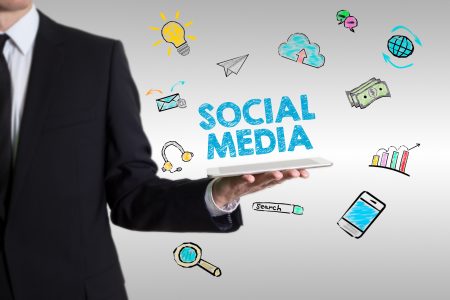 Visuals are no longer the future, but the present. In order to stand out among the rest of businesses and companies who are also on social media, it is important to not only create catchy messages, but to accompany those with appealing visuals.

The importance of images, videos, GIFs and infographics has been discussed for some time now, and if you follow us on Twitter at @GreenbergComm, you should already be an expert on how to generate the perfect visual that goes with your post.

Strong visuals tell, sell and share stories. When you read our last blog post about the new press release format, you learned that the traditional press release format is no longer useful to stand out among other press releases on an editor’s desk. To support that statement, we’ve gathered some stats that were shared by Lisa Buyer in her book “Social PR Secrets.”

Do you need any more evidence to convince you that visuals are crucial for the success of your business? We don’t think so. In fact, we believe you got the message, and for this reason we would like to provide you with some extra tools you can use to find the perfect visual to accompany your social media or blog posts. Here are some sources you can use to enhance your Social PR presence:

What is the new press release format?

How to Do Media Relations the Right Way